The Amazon Chime visual roster provides information about the status of attendees on the meeting, how they joined, what meeting features they are using, who is talking, and more. 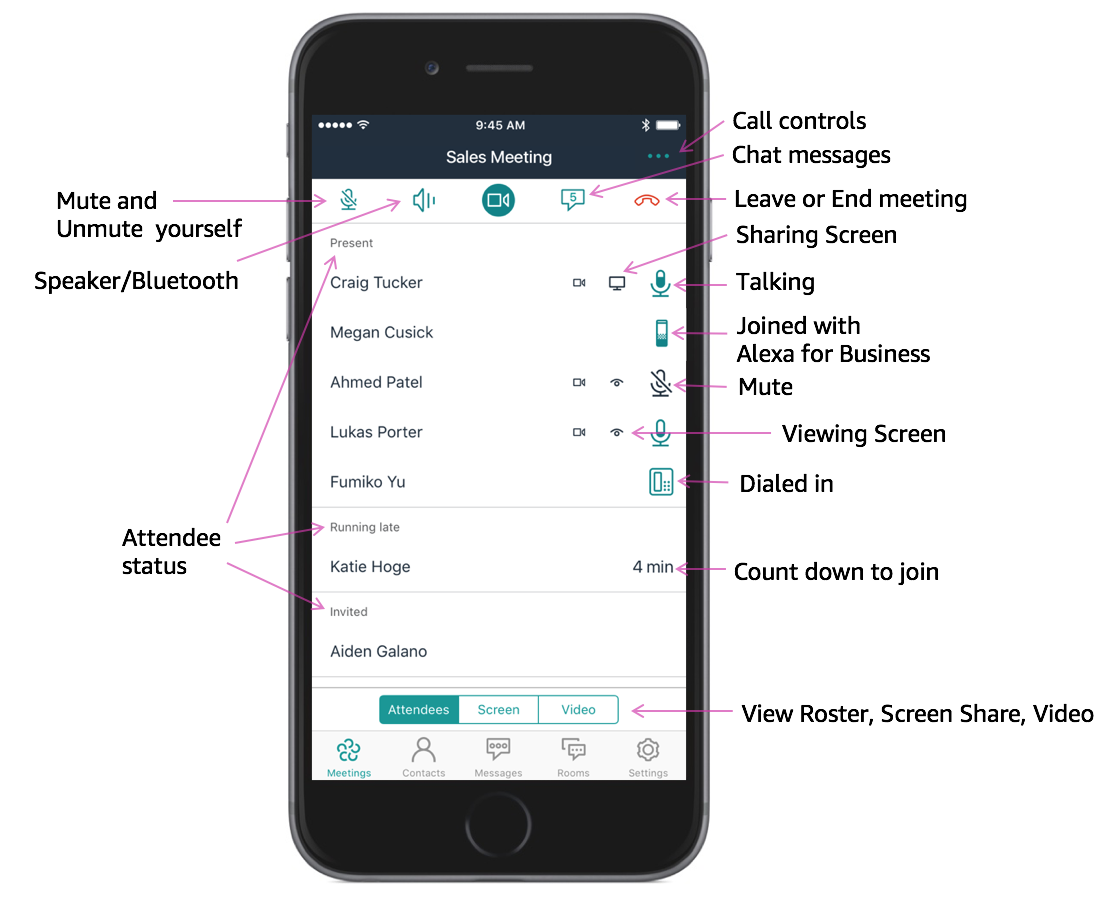 © 2021, Amazon Web Services, Inc. or its affiliates. All rights reserved.