Amazon Chime version 5.10 is rolling out to users incrementally starting with Android, and iOS to follow. You should expect an auto-update to be available via the Apple App Store or Google Play over the next few months.

Details below (Note: all changes are applicable to both Android and iOS unless specified)

The roster screen has been re-designed to lower cognitive load and provide more presence to users during a meeting. Each user will have a tile with their initials to make it easier to recognize who is on meeting. Here is the list of key changes to the roster screen: 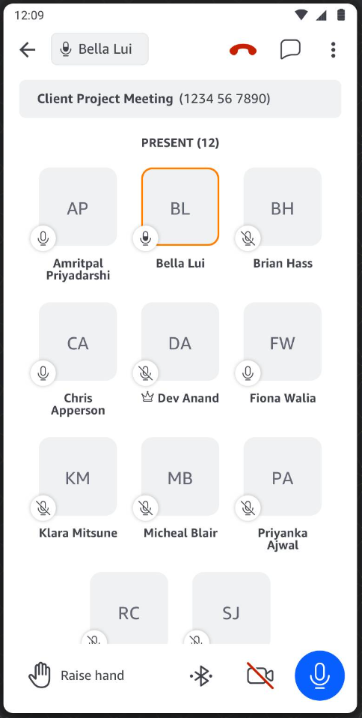 Color palette, fonts and icons have been updated across meeting and non-meeting screens of the app (including chat): 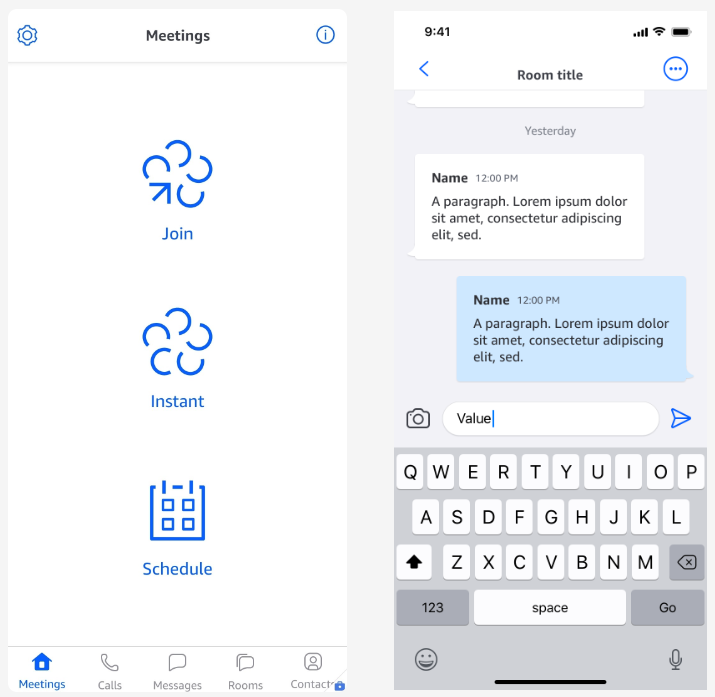 Several changes to meeting controls have been made following feedback on usability. We have made changes to improve layouts and indicators such as: 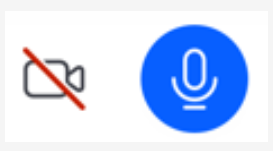 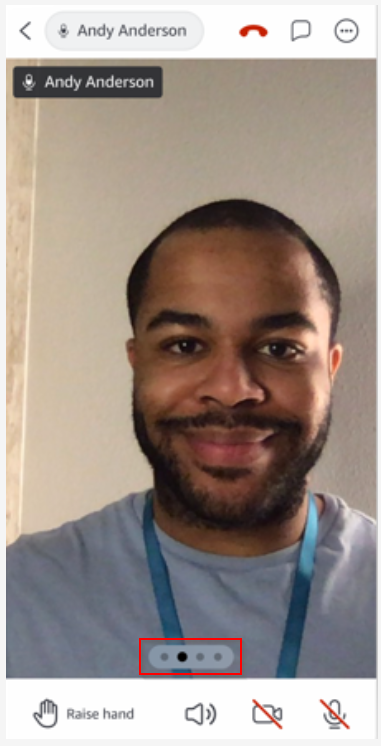 You can also choose to ‘Feature video’ to override Amazon Chime's default spotlight view in favor of viewing another attendee. In 1:1 calls, this view defaults to picture-in-picture when both attendees have their videos turned on: 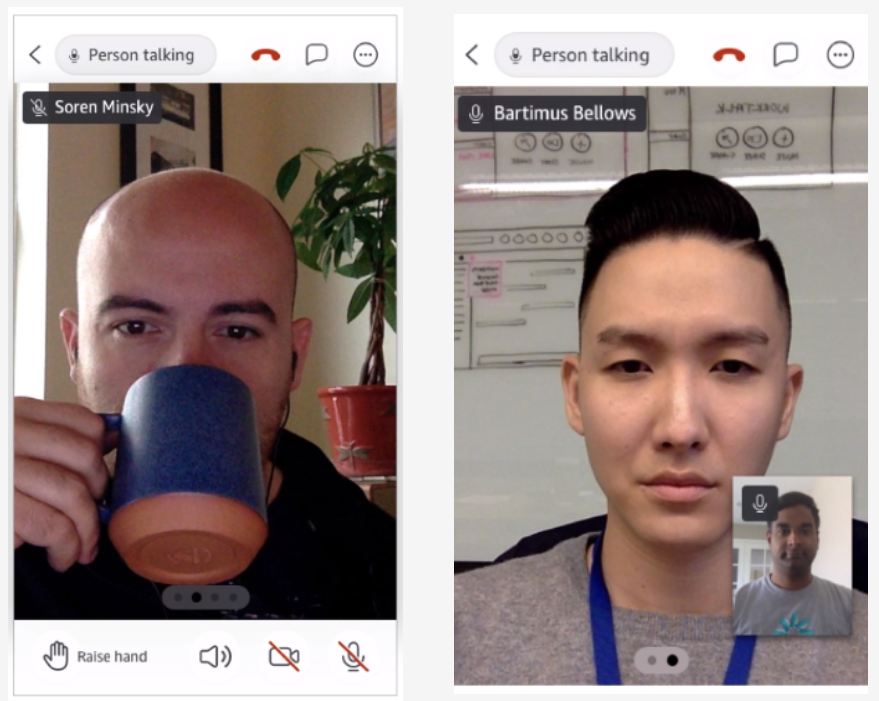 To feature a video, tap on the participant's roster screen icon and use this option: 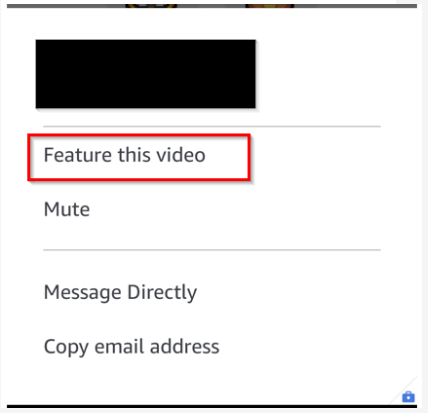 Up To 25 Concurrent Video Tiles

Amazon Chime now supports up to 25 concurrent video tiles, which is an increase over the previous limit of eight tiles. Use the pagination controls to navigate between available video screens, the roster, spotlight etc. Video of the active speaker for group calls is highlighted with a border for easier identification.

The meeting join experience has been redesigned to allow for faster joins and to provide better access to controls. Changes include:

In regions where available, the one touch ‘Dial-in now’ option is available from the ‘Use phone for audio’ control for easier access when joining a meeting.
Note on iOS 15.4 devices: Users would need to enter ‘#’ after clicking ‘Dial-In’ when on an iOS 15.4, or wait 15 seconds to join without entering ‘#’.

In regions where available, the Call me feature already available in the desktop Amazon Chime app has been added under audio options. Users can provide a PSTN phone number and request the meeting to call that number for meeting audio. For example, the number could be for a personal phone or a conference room phone. The Call Me feature is only available in certain countries, which can be selected using the country drop down menu.

Improvements to accessibility have been made across the meeting experience. These changes include:

© 2022, Amazon Web Services, Inc. or its affiliates. All rights reserved.