Due to the Microsoft deprecation of the Windows 7 operating system on January 14, 2020, beginning with the November, 2020 Windows client release, 4.36, Amazon Chime will no longer provide support for the Windows client when running on Microsoft Windows 7 devices. Meeting attendees and Amazon Chime users running on Windows 7 can access meetings, chat, and other features using the Amazon Chime web application (https://app.chime.aws) on the latest version of Google Chrome, Mozilla Firefox, or Chromium Edge. The web application always loads the latest version with the most up-to-date features and security updates.

Beginning with the December, 2020 4.37 client release, Amazon Chime will no longer provide support for Android 4.x devices. Update to version 5 or above.

Amazon Chime will stop allowing sign-in and the ability to join meetings from jailbroken iOS or rooted Android devices after October 25, 2020. Restore or update your device or use a desktop or the web app (https://app.chime.aws) to join meetings and chat with others.

The new options, Change microphone, Change speakers, and Change video camera under the More menu, and Microphone, Speakers, and Video Camera on the meeting landing page allow the attendee to choose their preferred device for audio and video sources after the meeting has started. 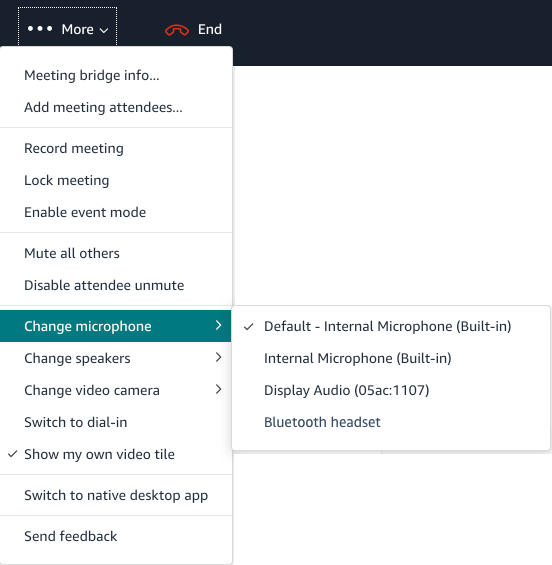 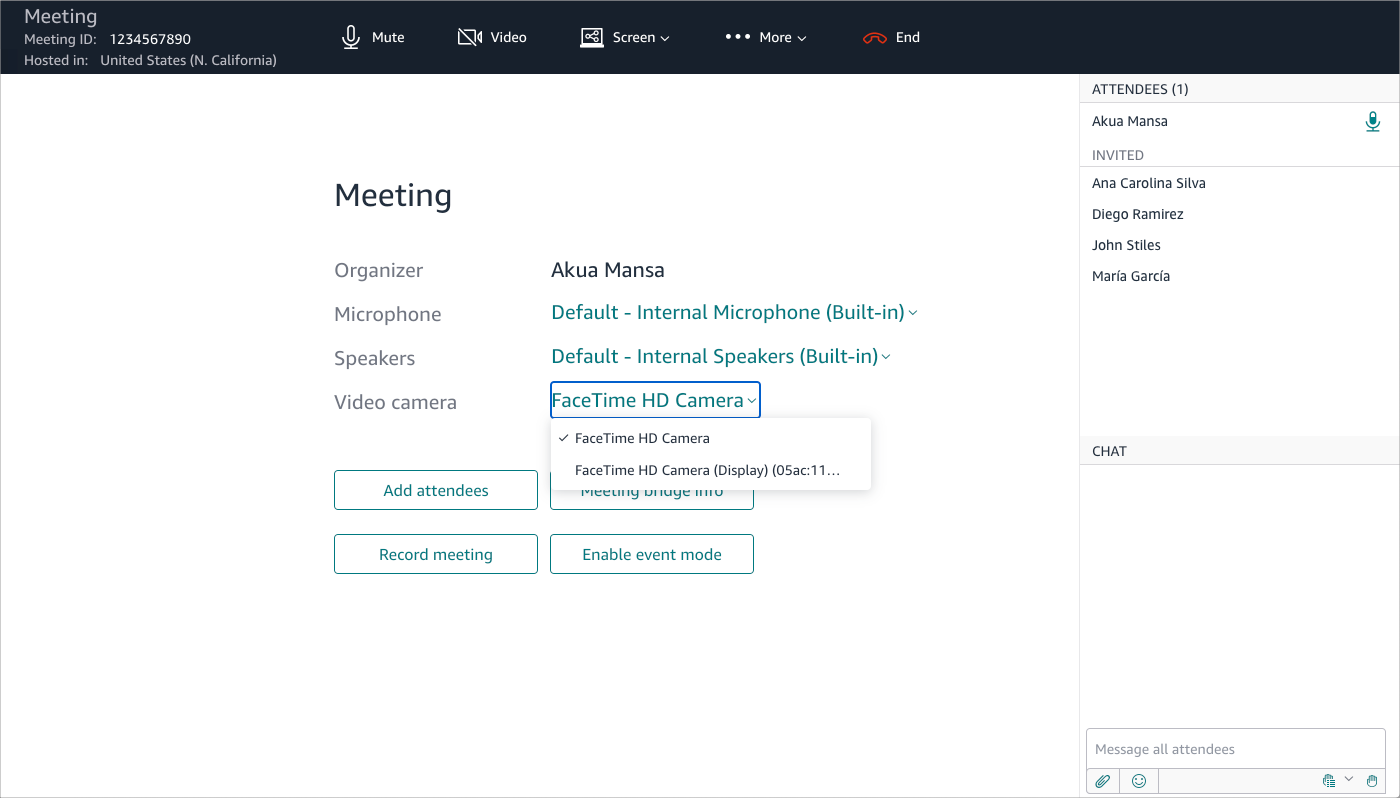 Audio and video device settings are available any time during the meeting, including when video is on or off.

Choose the Switch to native desktop app option from the More menu. The web app uses the local device information to provide a direct link to download to the correct desktop client installer (Windows or macOS). Once the desktop client is installed, the attendee can return to the dialog and choose Launch this meeting in the native app. 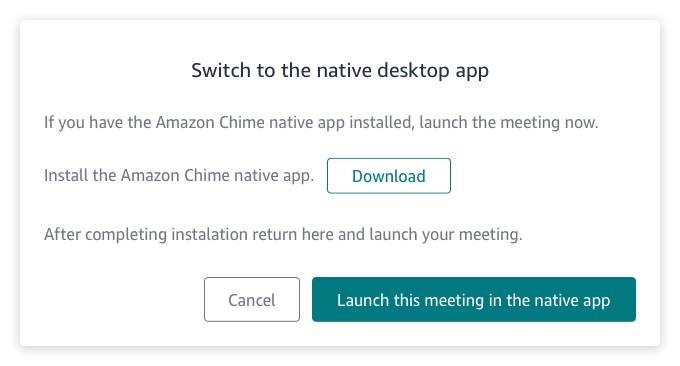 To reduce the chance of echo after the switch, an attendee will leave the meeting as soon as they choose Launch the meeting in the native app.

In the event the attendee does not have the native client installed when they choose to Launch the meeting in the native app, information and an option to download the native app or re-join the web meeting is presented. 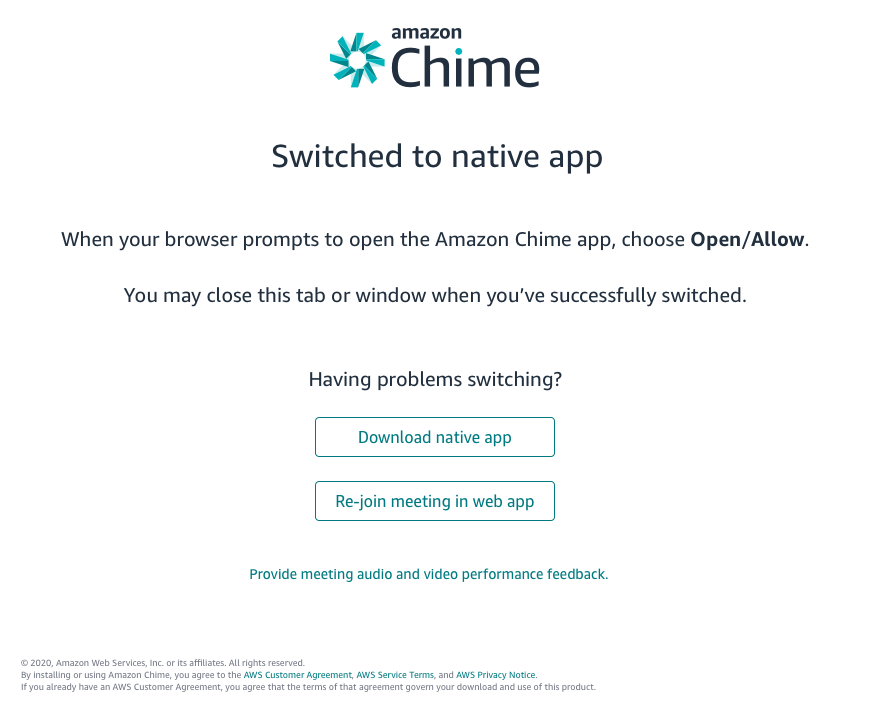 Amazon Chime now uses machine learning to blur the background of your video and was released in the desktop clients in the 4.34 releases. It is now available on iOS and Android clients.

To blur your video background when attending a meeting on a mobile device, choose Blur my video background from the options menu in the upper right of the Attendee, Screen, or Video view. You can enable background blurring before or after turning on your webcam, and turn it off at any time.

© 2021, Amazon Web Services, Inc. or its affiliates. All rights reserved.